Cristina Rodriguez's studio in Geneva, 2012
RIGHTBAR
< Back to exhibitions Next exhibition >
Pictures at an Exhibition, 1987
Fundación Alzate Avendaño, Bogotá, Colombia
The hut of the Baba Yaga 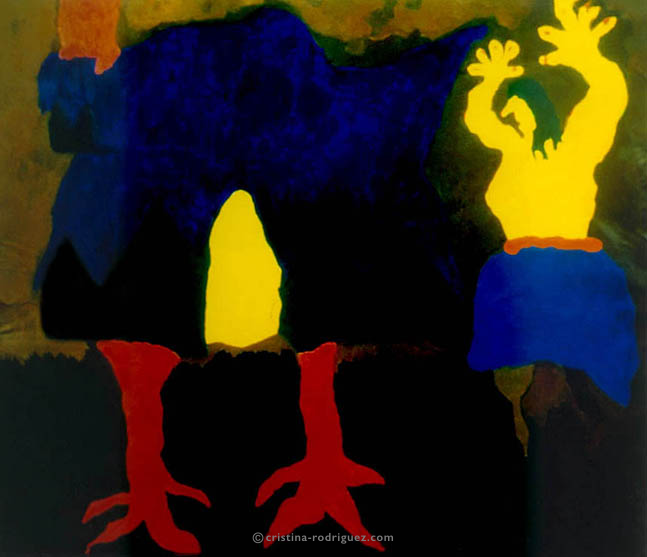 Title: The hut of the Baba Yaga

Pictures at an Exhibition, 1987

Mussorgsky's composition consists of ten movements, each based on a painting at the exhibition, with a recurring tune throughout the piece that represents the visitor to the exhibition.

Cristina Rodriguez decided in a sense to reverse the story; to start with Mussorgsky's music, and produce ten paintings from the ten movements.

The ten paintings became Cristina Rodriguez's degree show in 1987, and set her on her career as a narrative painter. It was formative also in that Cristina Rodriguez worked closely with the space for her exhibition, producing works that related to it; a video about the story, the design of the invitation. For Rodriguez, the exhibition itself has always to be a memorable experience.