Cristina Rodriguez's studio in Geneva, 2012
RIGHTBAR
The Signs of the Zodiac 2007
Aquarius 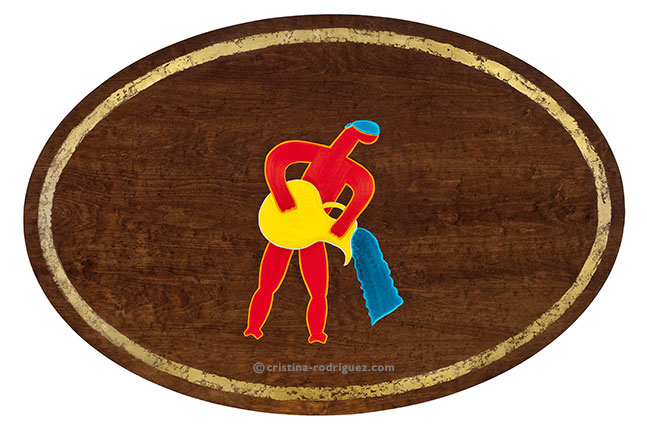 Background to the Signs of the Zodiac Series
One sunny February day, forty years ago, I was taken by my parents to the Planetarium in Bogotá, Colombia, for the first time. Gazing up at the Zodiacal constellations, I was "star-struck" and remain so still.